The EU Delegation to Malaysia is Looking for a Driver 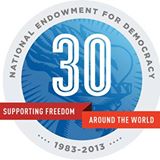 NED does not make grants to individuals, governmental bodies, or state-supported institutions such as public universities.

NED is interested in proposals from local, independent organizations for nonpartisan programs that seek to:

(Proposals submitted after the deadline will be considered at the following Board Meeting.)

Permanent link to this article: http://www.cosmopolitalians.eu/ned-grants-program/

The EU Delegation to Malaysia is Looking for a Driver

The Delegation of the European Union (EU) to Malaysia has a vacancy for a: Driver The EU Delegation is seeking...