Call for volunteers at the EU pavilion at Expo Milano 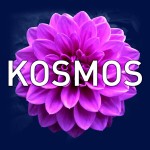 Kosmos is pleased to announce a new grant-giving initiative. Two Kosmos Seed Grants of $2500 each will be awarded in early 2015 to individuals or organizations that are working to advance ‘transformation in harmony with all Life’.

The microgrants program, intended to be ongoing, is being developed in recognition that social change often begins with small acts in out-of-the-way places, by people working at the edge of transformation.

By 2003 the original founders had moved on to other projects except Nancy Roof who renamed the award-winning journal Kosmos. That initial grant empowered Kosmos to grow into the journal it is today.  In honor of this generous act, the Kosmos Seed Grants initiative was formed.

Guidelines for applicants are as follows:

The organizers will favor proposals aligned with their stated mission: “to inform, inspire and engage individual and collective participation in local and global transformation in harmony with all life.” The most compelling proposals will be those that set forth a sound plan with a strong potential for success.

Possible uses of a Seed Grant:

Selected and short-listed projects may also benefit from featured coverage by Kosmos Journal and Kosmos Online.

The deadline for submission is February 14th, 2015 and awards will be announced in early March.

Permanent link to this article: http://www.cosmopolitalians.eu/kosmos-2015-seed-grants-call-proposals/