Secretary to Head of Administration – EU Delegation to Armenia 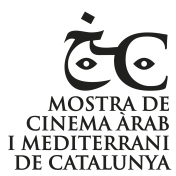 From its very beginning, eight years ago, the “Mostra” has been willing to fill-in a void in the Catalan cultural scene, because we are convinced that Cinema can help for a better knowledge and understanding of our world. This is why the “Mostra” wants to contribute for the circulation and promotion of Arab and Mediterranean films in Catalonia, while introducing a different perspective on many issues and concerns and on the present world, coming from within Arab and Mediterranean societies. In short, they also wish to contribute, through culture and Arts, to bring down readymade perceptions and stereotypes about the Arab World, that still are rooted in our society, and to built bridges between mediterranean countries.

After last year’s success, this year’s edition of the “Mostra” will take place, for the third year in a row, at the Filmoteca de Catalunya, in the heart of the Raval district, in Barcelona.

Palestine is this year’s invited country of Honor and therefore the programm will cover a wide range of films from this country.

Movies or documentary movies from 50 minutes, directed by directors from Arab countries within the last 5 years (10 years for films from invited country)

Permanent link to this article: http://www.cosmopolitalians.eu/call-entries-8th-arabic-mediterranean-film-festival-catalonia/

Secretary to Head of Administration – EU Delegation to Armenia