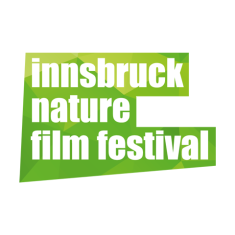 The call for entries for the 2015 Innsbruck Nature Film Festival (INFF) has been recently opened and filmmakers around the world are invited to submit their best work.

The Innsbruck Nature Film Festival is an international nature film competition, offering motivated filmmakers a platform for presenting their latest work. Four film festival days with film presentations and a high-quality side program are the framework for an on-topic, ecological, and artistic discourse. The 2015 INFF takes place 6-9 October 2015 in Leokino Cinema in Innsbruck. In this year of the festival competitors can submit their films in three main categories:

The competition is opened to all filmmakers worldwide regardless their gender, age or nationality. In terms of subject matter, the films submitted must deal with the topic of nature and/or environment.

Prizes worth more than 17,000 € will be awarded! There is a prize for each of the categories:

The United Nations proclaimed 2015 as the International Year of Soils. This year the Innsbruck Nature Film Festival calls to send in films on the topic of soils. For the first time there is a separate category for films concerning soils which also has its own film award worth 2.000 Euros! This award is sponsored by the University of Innsbruck and the State of the Tyrol.

The deadline for applications is 15 August 2015. Only one film per director may be submitted. Also films are only allowed if they haven’t been submitted to the INFF before. Applicants can register for the event via the website HERE or via mail to:

Permanent link to this article: http://www.cosmopolitalians.eu/innsbruck-nature-film-festival-2015/

Blue Ventures Conservation is currently recruiting a self-motivated and enthusiastic individual to lead an exciting new partnership project between Blue...