VoteWatch is looking for Paid volunteers 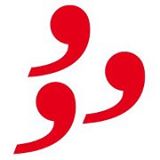 The European Youth Event (EYE), which will take place in Strasbourg in May, will gather around 5000 youngsters from all over Europe. These active young people will be discussing the economic, social and political situation of the European Union through different themes: Digital Revolution and Data Protection, Youth Unemployment, Sustainable Development, Future of Europe, and Europe as a Global Player.

The European elections in 2014 will be the next historical mark for the European Union. If these elections were to reflect that the EU does not succeed in engaging closer with its citizens and making visible how they can contribute to the European project its democratic foundation would become increasingly weak. What does the young generation think of the European Union’s performance?

The participants of the European Youth Media Days (EYMD) 2014 special edition: Voice of Youth will report from the event, preparing the special report and multimedia documentation that will later on be handed to newly elected members of European Parliament.

120 young journalists aged between 18 and 30 will have the chance to report from inside the European Parliament on the European Youth Event, on current issues relating to the EU and the upcoming parliamentary elections.

As part of the organising team you will get significant insight into the world of media and politics at the European level. You will also have the chance to build a Europe-wide network of contacts and gain project management skills. You will have the opportunity to interact with members of the European Parliament, professional journalists, experts and engage in intercultural exchange with the participants and the other members of the team. The position is voluntary.

The ideal candidate will be motivated and proactive and will preferably have worked with people coming from different cultural backgrounds. He or she will have a journalism background and strong communication, team spirit and organising skills. A very good knowledge of English is necessary to communicate with participants coming from the 28 EU member states. Previous involvement in the European Youth Media Days or in other European Youth Press projects is a plus.

Team members will have to be available online before the event and able to dedicate a few hours a week to the European Youth Media Days from the moment they are chosen to be part of the team. They are expected to arrive in Strasbourg on 7 May and leave on 11 May. Team members will have to be working journalists (aged between 18 and 30) and citizens or legal residents of one of the EU Member States.

European Youth Press will assist with accommodation arrangements in Strasbourg. Team members are responsible to provide the European Parliament with all necessary documents requested for reimbursement. Attention: for team members living in Strasbourg no lump sum or travel cost will be paid.

Permanent link to this article: http://www.cosmopolitalians.eu/european-youth-media-days-2014-call-team/

VoteWatch is looking for Paid volunteers

VoteWatch is looking for Belgium-based Paid volunteers for a period of 4 months (February - May 2014) to help implement...